In 2009 the Astronomical and Geophysical Observatory celebrates 50th anniversary. Established at the initiative of prof. Dr. Fran Dominko as the first university with the mission to set the conditions for the development of the Slovenian professional astronomy. Founders of the observatory have established the first Slovenian astronomical library , developed measurement methods of classical astronomy , pinpoint the geographical location of the observatory , established the exact time job and began to publish astronomical ephemeris. The Observatory has received from the University of the seismic instruments that have enabled later under the leadership of prof. dr. Vladimir Ribarič developed seismological part of which is kasnje become part of the Environmental Agency. The astronomical part of the teaching remains the foundation of the Faculty of Mathematics and Physics at the University. On him to generations of students of astronomy , physics and mathematics perform monitoring projects and thesis. The Observatory continued update equipment and techniques of observational astronomy , in 2004, opened a modern 70-cm telescope Vega , which is the result of local knowledge and technology. 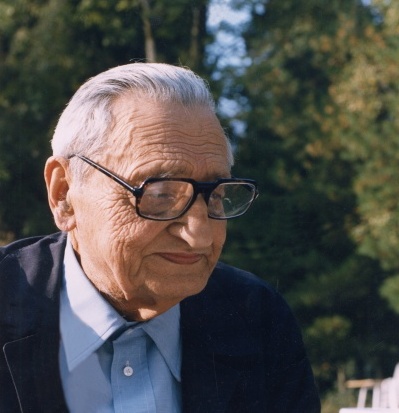 Prof. dr. Fran Dominko (1903-1987) was the founder of the Astronomical Observatory at theGolovec and the first professor of astronomy at the Department of Astronomy, University ofLjubljana, which was founded in 1948. 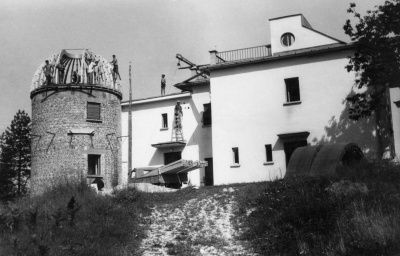 Construction of Astronomical Geophysical Observatory at the Golovec hill near Ljubljana was carried out in 1954-1959. Firstly, a li adapts existing building, extension to the existing buildingwas completed in 1956. This was followed by the construction of relatively complexobservatorijskega ing work. as a key pillar of the telescope is a fundamental and separate from the building. 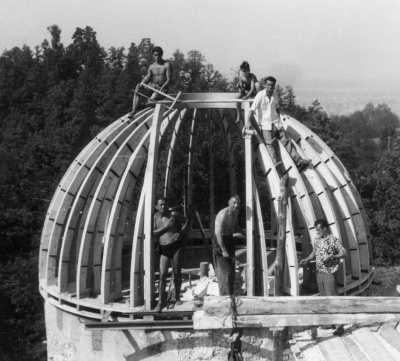 In 1958 he built a 5.5–meter dome which was founded in 1960 mounted 16–cm refractorASKANIA, which is mainly used for observations of the Sun. Construction of 5.5–meter domesummer 1958, he was at that time a complex technological undertaking. 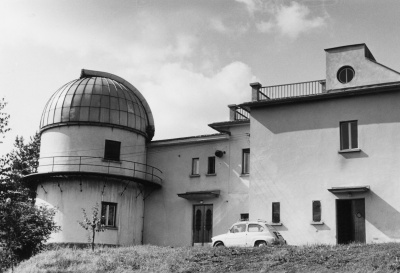 The Observatory beganwork in 1959. It was divided into two sectors, Astronomical and Geophysical common to theservice of determining and maintaining accurate time. From there, his name–geophysicalAstronomical Observatory. The manager became dr. Fran Dominko. 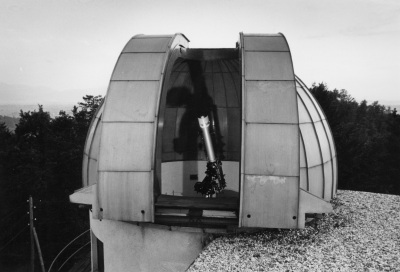 Most of the astronomical observatory instruments received from the Astronomical Observatoryin Belgrade. Wartime Yugoslavia won the instruments from Germany, as part of war reparationswhich Germany was required to pay an ally after World War I. In Figure refractor AscaniaBamberg D = 17cm f/15 constructed around 1905. 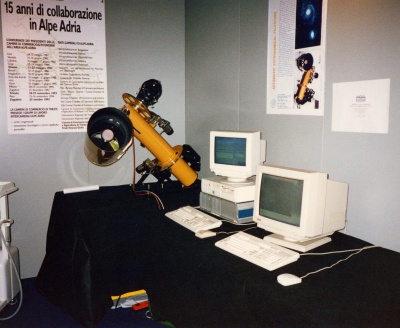 In the years 1982-1990 was developed in the AGO first computer-controlled telescope.Telescope Schmidt–Cassegrain type with a diameter of 25 cm mirror was originally equippedwith a photomultiplier for the photometry of stars. In 1990, equipped with modern CCD camerato record the various facilities and accurate photometry of stars. By the year 1992 has beeninstalled in pavilion, then the dome of the observatory and has been in use for students to worktil 2004. In Figure telescope on high-tech exhibition in Trieste Alpe Adia 1995th. 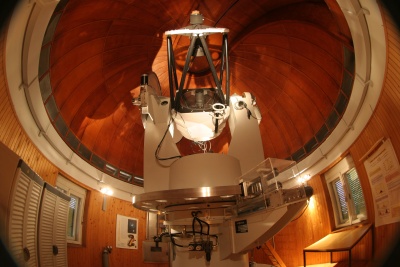 Telescope Vega was created as a result of cooperation between local experts from the Facultyof Mathematics and Physics and Faculty of Mechanical Engineering, University of Ljubljana andthe enterprise Litostroj. The main mechanical parts have been manufactured in Litostroju, inKladivarju hydraulics, electronics and software to the FMF in the manufacture of precisioncomponents are involved in Adžaga sp and Vacutech d.o.o. Optics telescope was made in a factory in Russia, LOMO, optical tube is a product of Astrooptik from Germany. Assembling andequipping the telescope at the observatory took place from August 2003 to May 2004, when thefirst observations were made ./p> 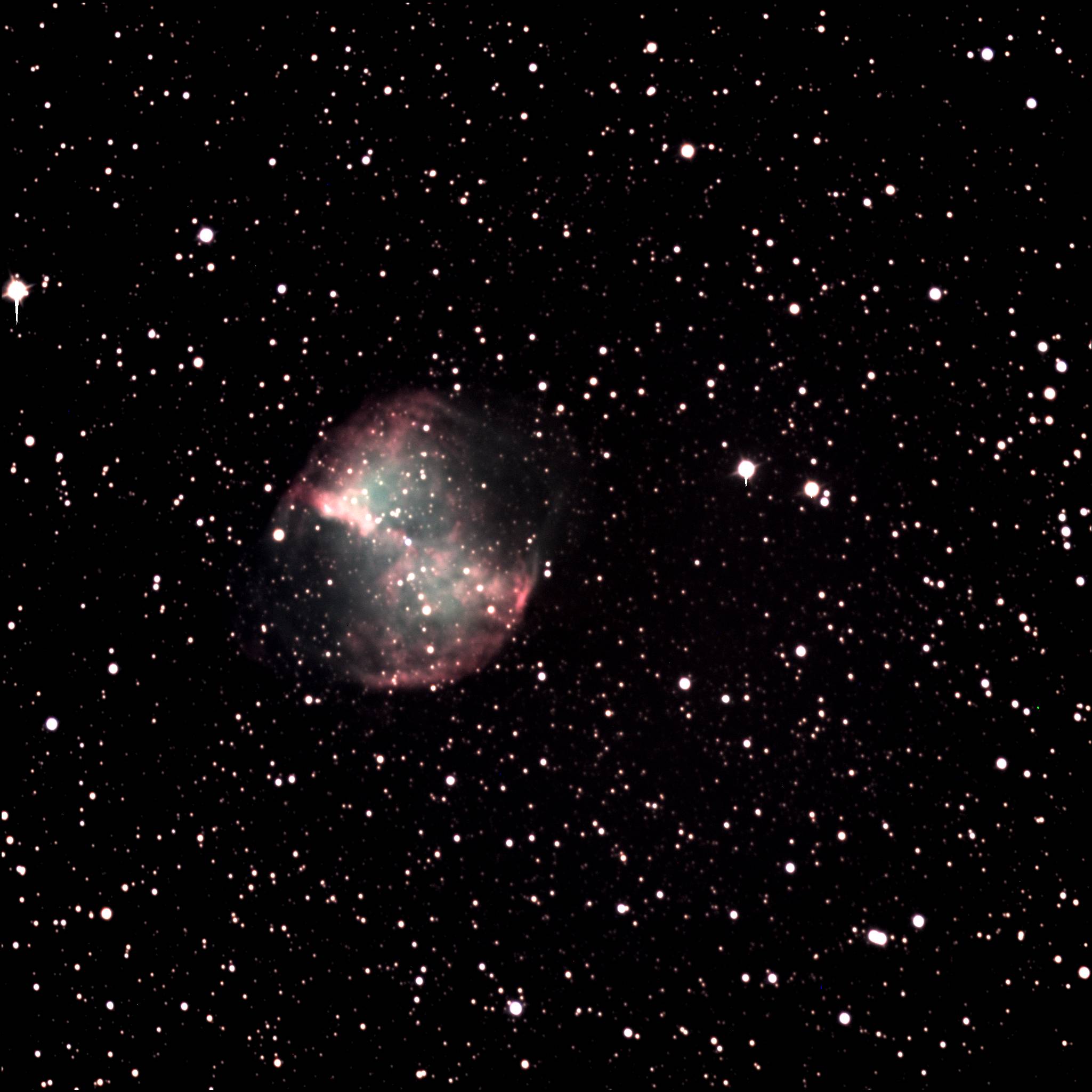 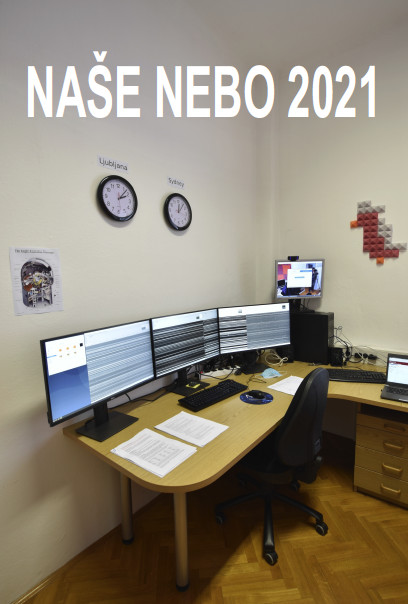