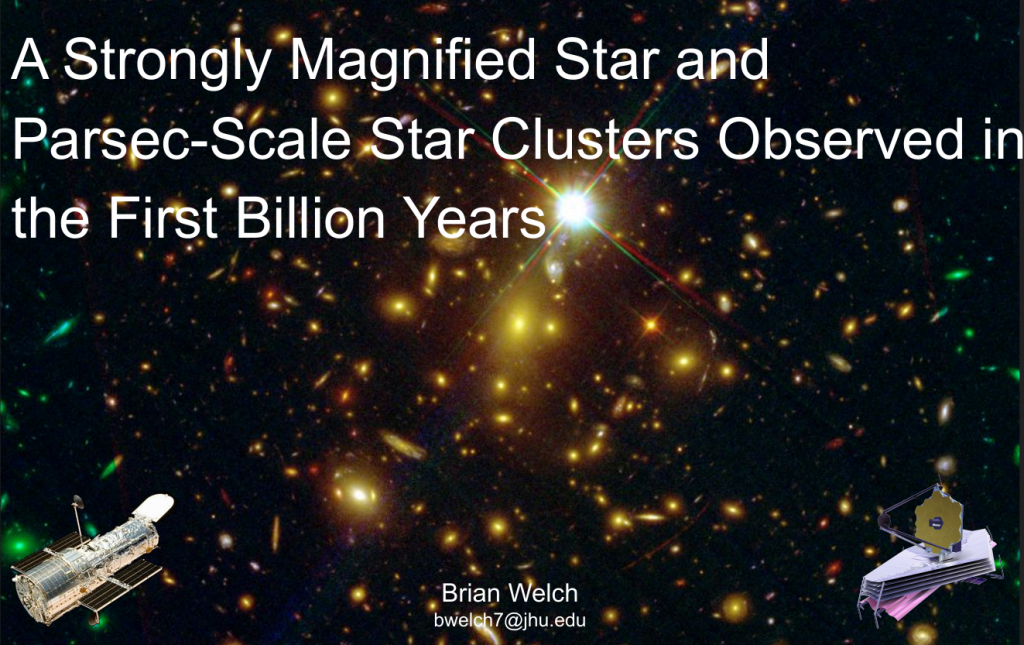 Gravitational lensing provides a powerful tool to study distant galaxies, magnifying them to reveal small scale features that would be unresolved otherwise. Observations of galaxy clusters with the Hubble Space Telescope have used lensing to great effect, measuring high redshift galaxies at scales of tens of parsecs, as well as revealing individual stars at z ~ 1. I will present new results that further push the limits of what is possible with HST, including observations of a lensed star at z ~ 6. The star is magnified by a factor of thousands, and its observed flux is consistent with being a massive star (M > 50 M☉). The galaxy in which this star resides also contains multiple star clusters with radii < 10 parsecs, the smallest yet observed at z > 6. I will conclude with a discussion of future prospects, including planned observations with the recently launched James Webb Space Telescope.